this summer I will be going to Hawaii for 5 weeks. I will want to go surfing also go take a big hike also just sit on the beach. also I will get to go on the road to Hana. this will be a great summer. 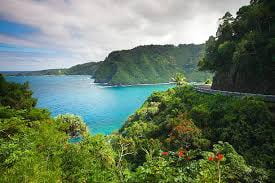 #1 I think ally has grown so much from the beginning of the book not to the end. She was mean also angry a lot at the beginning but now she is vary nice and chill.

#2 I think in 10 years I will have a good job and be livening a good life!

#3 I think the book fish in a tree is a 5 star review it is vary good book. also I think the best part is that ally even if she has dyslexia she can still be smart even if she dose not think so.

1# when ally believes in her self she is more confident.““““`

2# he says stuff to people that is vary rude AND A LOT OF PUT DOWNS.

3# I think when you are getting bulled never believe what they say.

1# the friendship of ally,Albert and Keisha.

2#  so last year i had a friend named Brett.l he was from California just like me so that was it we had nothing in common so i stared to ask him about California and that is when we became best friends. Until the summer we kind of just lost touch when he left the school but we are are still talking to him over texting so that was a unexpected relationship.

3# what a 5 things that make a friendship good?

Hi rylee my name is Jordan and im in 6th grade. I am from prince of peace, I used to live in californa in orange county and lived there for 10 years then to texas. i relly like that pic of the leopard is your mascot are mascot is edde the eagle. I also have bin to the safari park.

today I woke up in a bed with my dog named max so I thought my mom may have let him out of his cage but she didn’t nether. so I thought  he may of picked the laches but I don’t think he knows how to do that. then my mom told me it was a horrible cage. so I went to my room and played my guitar. then I ate a hotdog and got mustard on my shirt. and I had a band performance I was extraordinary.

Today I went to the park with my dog. my dogs name is Joe the dog he is 12 years old so he is not super old but pretty old. I think he is the best dog ever even better than my cat max I have had him for 3 years. when we were in the dog park Joe found something in the grass. he was just staring at it and I got out of my seat and put down my hot dog and saw the key. and I pick it up and it was so have and then I saw it.

Today I was walking my dog named Joe the dog he was 12 years old. His doctor says he dose not have much longer because he was the runt in his liter. It makes me so sad. I know what to do his birth day is coming soon so I know exactly what to do. I will he loves the pool so I will take him to the waterfall in the state park I’m so exited to go. we will be going to the sate park in the yellow taxi. when we get to the waterfall its heavily full of dogs so we played.

Welcome to your brand new blog at Edublogs!

To get started, simply visit your blog’s dashboard, edit or delete this post and check out all the other options available to you.

We can walk you through step-by-step in our guide to getting started with your blog.